An article (along w/ podcast & 10 videos) profiling the Multimedia & Multiculturalism Initiative, and it’s Ottawa launch event. The project deals with the problem of misrepresentation in the media through different activities and programs that engage youth and connect different organizations and institutions. This article was published in a slightly revised version on rabble.ca. Links to videos and audio from the event follow the article. 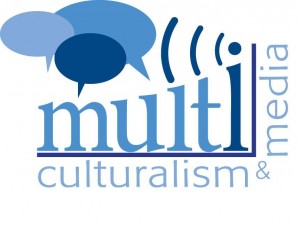 Media that fosters a sense of belonging

When you ask youth – particularly ethnocultural youth – and they say that the biggest missing link to them feeling a sense of belonging in broader society is the media, you (should) pay attention. Maybe even do something about it.

That’s the basis of a new project, the Multimedia & Multiculturalism Initiative (M&M), that operates in seven cities across Canada. It is run by the United Nations Association in Canada (UNAC), which is not the actual UN, but instead part of a federation of United Nations Associations around the world that work to promote and educate around the broader mandate of the UN, issues like good government, equality, diversity, and human rights.

“It’s a three year project that looks at enhancing a sense of belonging among all communities in Canada by looking at how media fails to adequately and proportionately represent multicultural, ethnocultural, visible minority and newcomer communities in the country,” explains the project’s national coordinator, Simmi Dixit.

She continues, “Misrepresentation [is] more the crux of the issue that floored this project. What that basically means is, when we are seeing diversity portrayed in the media, it’s always pretty sensational – ‘oh, a mosque burned down’, ‘oh, it’s Chinese New Year’, ‘oh, check out this great Indian recipe for curry’ – and we’re always seeing multiculturalism being portrayed in these clumps, which pretty much further stereotypes and kind of ‘other’ communities, or exoticizes them. So what we want to see is just more an integrative perspective of multiculturalism, not just see brown people when there’s a brown holiday, or see it as a form of tokenism, but see it as something that’s very naturally and organically woven into news on a day-to-day.”

The Ottawa launch of the project, on July 28, was entitled “Represent!? Exploring Ethnocultural Diversity in Ottawa’s Media.” The project was nationally started in January of this year, and the different cities (Halifax, Montreal, Ottawa, Toronto, Regina, Calgary, and Vancouver) have been engaging the public at different paces. They were all on the same schedule for the first phase of their internship placement program, where 20 ethnocultural youth studying in the field (out of 300 applicants) were set up in mainstream or community media organizations for six weeks starting in June. The interns all came together in Ottawa in advance of their placements, for skill-building and to develop a critical analysis they could bring with them, including how to look at discrimination in the workplace and the behind-the-scenes process of producing content. They all come back together following their internships in order to debrief, with plans to share their experiences and new understandings afterwards with others, especially through visits into high schools. 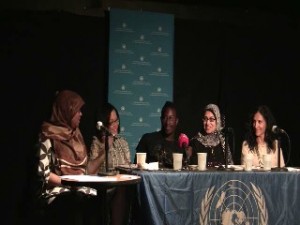 Manjit Basi – an Indo-Canadian social justice activist and entrepreneur (former owner of four Body Shop stores in Ottawa) – became a media maker by creating the show ‘Trailblazers’ on local Rogers community TV, where she profiles some of the unsung heroes of Ottawa. Dr. Aliaa Dakroury is an Egyptian-Canadian professor of communications at the University of Ottawa, who has studied and written extensively on the representation of Muslims in the media (and also happens to be the professor of one of the M&M interns).

Ian Keteku, a Ghanaian-Canadian, is the 2010 World Poetry Slam Champion and member of The Recipe, the Ottawa team that won the 2009 Canadian Festival of Spoken Word; he’s also a freelance journalist and former student in Carleton’s journalism program. Vanessa Lee is a Chinese-Canadian journalist in the ‘mainstream’ media (with CTV Ottawa) who got her start in radio, and has done TV work previously in Saskatoon, Calgary, Montreal and Sherbrooke.

The mix of panellists reflected a primary goal of the project: to build bridges between the various people and organizations that are involved with the issues that the project is focused on.

“There’s been a lot of talk [about misrepresentation], this conversation isn’t new,” says Dixit. “But I think that the missing piece is building bridges between schools, between integration organizations, between public interest groups, between media organizations. … Because everyone knows [the problem’s] happening, and everybody’s trying to do something, but when you have segmentation happening, but you don’t have people working together, then you can’t really look at changing an institution as a whole.”

The panelists addressed five prepared questions from Daigle, and then discussed further questions raised from the audience. They offered different perspectives on issues ranging from why recent stories about the Norway terrorism and Amy Winehouse’s death were given more prominence than the devastating famine in eastern Africa, and how important the media is in representing different communities to people who may otherwise have little contact with them, to the way that an ethnocultural interviewer can bring out a different story from an ethnocultural interviewee than a white interviewer could, about being realistic about the type of opportunities and money that are out there for aspiring/beginning journalists, and much more.

After the panel, three local spoken word artists performed, each with a three-poem set (DJ Morales aka Vocab, Sarah Musa, and panelist Ian Keteku). Daigle explained the reasoning behind including spoken word in the event: “Ottawa’s won the national championships for spoken word twice in a row, and the Ottawa spoken word scene is really driven by ethnocultural youth.”

She expressed satisfaction in having many attendees come up to her saying they’d never heard spoken word before – one of her goals had been to expose people to a new form of expressing ideas. She also talked about exposing people to the event venue, Club SAW, that is connected with the SAW Gallery (exhibit space) and SAW Video (support and education for media-making, specifically video) – helping people become aware of and comfortable with various community spaces and resources can help break barriers that prevent participation and inclusion.

The M&M activities are sure to include more such events, as well as other programming that is chosen to fit their local context. Daigle explains that the approach will be different for different cities – examples that factor in to the approach for Ottawa are the large Somali community, the unique situation of having communities of Inuit, Metis and First Nations peoples living in the same city, and also the central role that politics plays in Ottawa (and the traditional disengagement from politics of many youth).

For more on the Multimedia & Multiculturalism Initiative, please visit www.mmunac.org

Audio from the event:

Video links from the event: (Youtube playlist w/ all 10 videos)