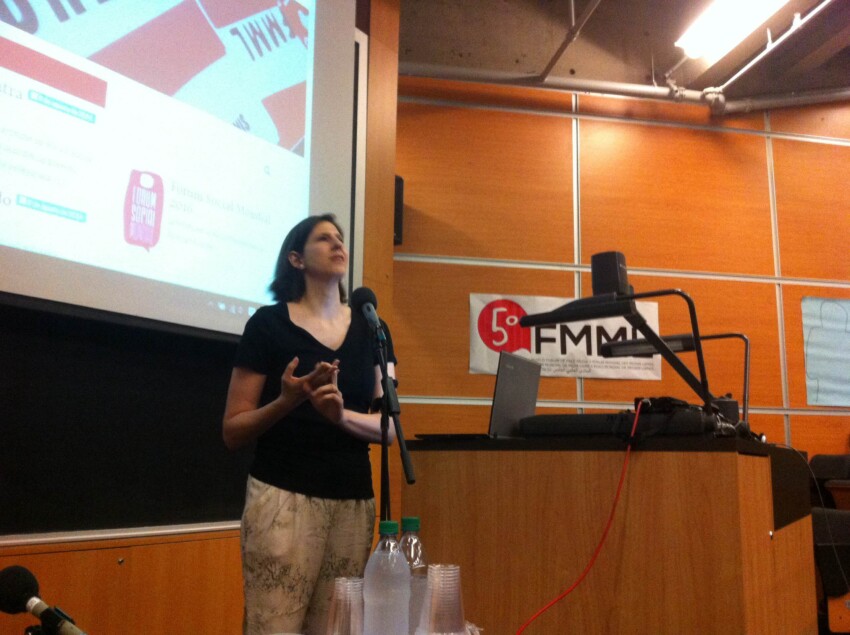 Topics include ‘zero rating’ and net neutrality; state surveillance; public dissatisfaction with Facebook and creating alternatives; and how the internet, capitalism, communications and the link to broader struggles for rights, justice and humanity.

Anja Kovacs directs the Internet Democracy Project in Delhi, India, which works for an Internet that supports free speech, democracy and social justice in India and beyond.

Interview by Greg Macdougall of EquitableEducation.ca, from Monday August 8th, the first full day of the World Forum on Free Media in Montreal, in conjunciton with the World Social Forum happening Aug 9-14.