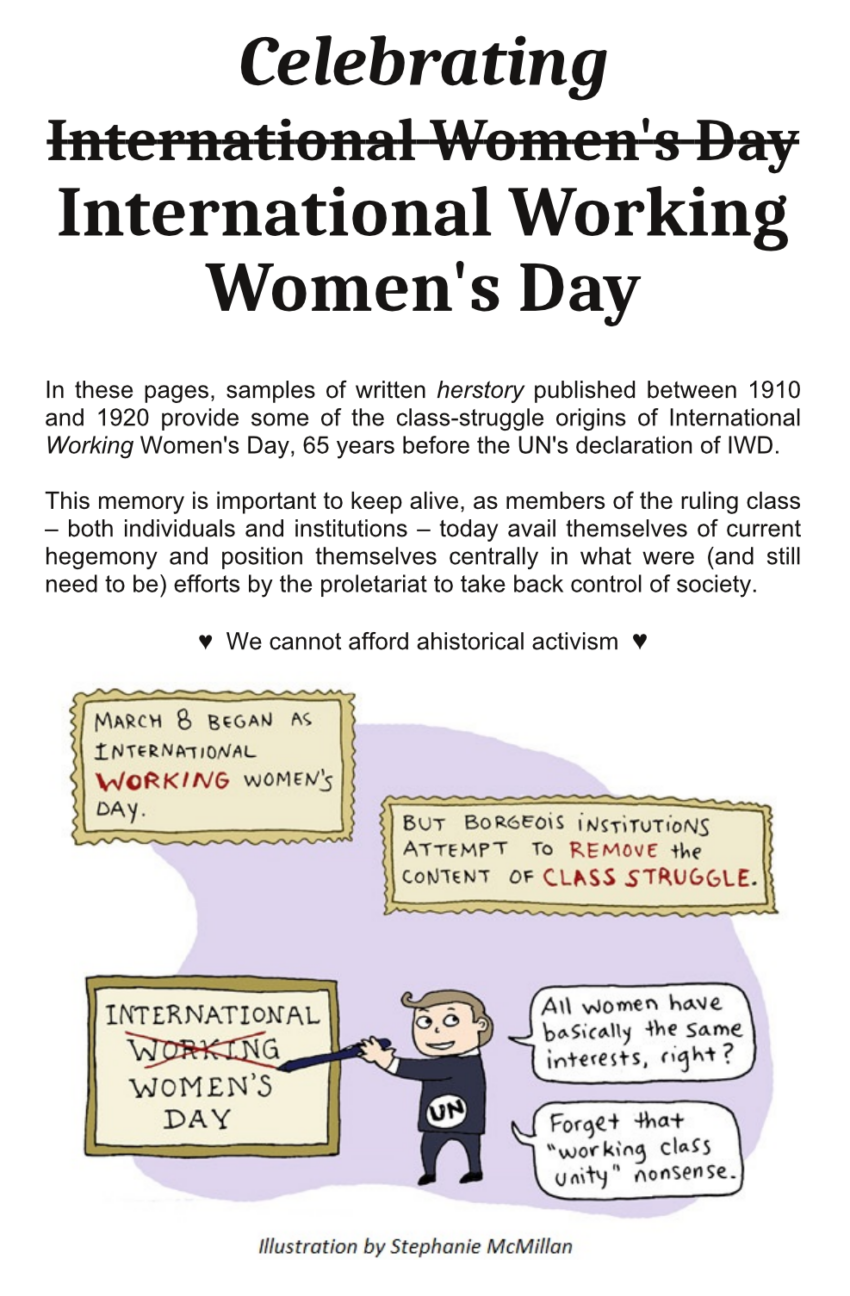 The wording of the motion in August 1910 at the Second International Conference of Socialist Women, put forward by Clara Zetkin, Kate Duncker, and others, reads in part:

In agreement with the class-conscious political and trade organizations of the proletariat in their country the socialist women of all nationalities have to organize a special Women’s Day, which in first line has to promote Women Suffrage propaganda. This demand must be discussed in connection with the whole women’s question according to the socialist conception of social things.

This double-sided, folded pamphlet (2-page PDF) is intended especially for print distribution, beyond the virtual tower and the social media bubbles.

It includes that quote from the Women’s Day motion, alongside some context and further writing by Alexandra Kollantai from the years following, including:

On the 28th of February, 1909, the women socialists of the U.S.A. organized huge demonstrations and meetings all over the country demanding political rights for working women. This was the first “Woman’s Day”.

The 8th of March is a historic and memorable day for the workers and peasants, for all the Russian workers and for the workers of the whole world. In 1917, on this day [February 23 on the Julian Calendar], the great February revolution broke out. It was the working women of Petersburg who began this revolution; it was they who first decided to raise the banner of opposition to the Tsar and his associates.

Here are the four panels of the pamphlet: