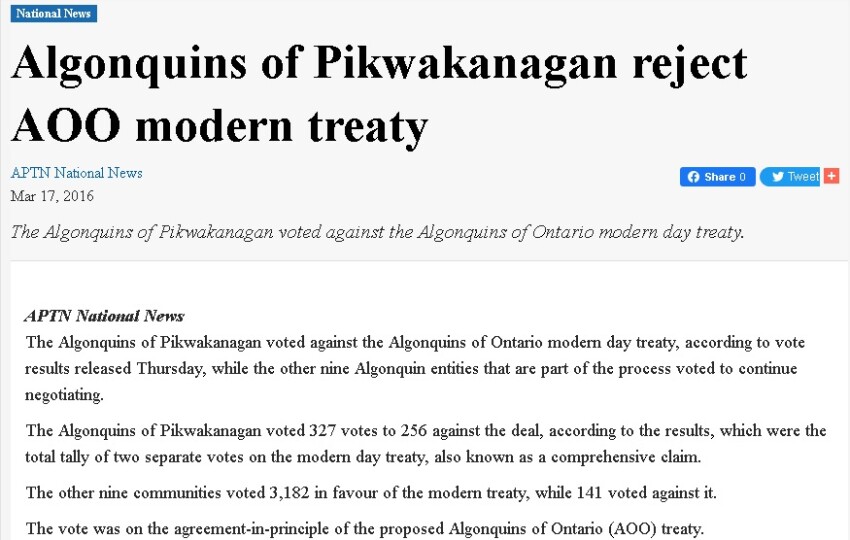 A presentation from Greg Macdougall to the City of Ottawa committees meeting deliberating on the new Official Plan, October 14 2021. The following text is an elaborated version — also including reference links* — of the written submission sent in advance to the committees. But it was too long to fit into the spoken five-minute slot, so for the conciser presentation delivered to the city councilors, see this twitter thread.

*: The references  are in two parts: embedded links in the text, that go to screenshots of the relevant section of the source material; and, at the bottom of this post, a list of links to the full source materials.

To begin, as others have also noted, it is good to recognize that Ottawa – despite the city name – is part of unceded
Algonquin Anishinabeg territory.

And to recognize what that means in terms of the historic and contemporary colonialism involved.

It’s good to look back, to inform the present deliberations.

I’ll focus specifically on a very relevant circumstance from 2014: the city’s decision on the Zibi boondoggle (PS: it wasn’t named Zibi at that point).

The city committee ignored the vast majority of public input, input that was opposed to the rezoning.

Then the mayor and council ignored the written request from the then-chief of the Kitigan Zibi Anishinabeg, Gilbert W. Whiteduck, who asked them to postpone the final vote in favour of meeting to discuss the issue first.

He said to me in an interview at the time, that there was “tremendous” work needed to educate people about their Algonquin land title and rights and inclusion.

That’s along the lines of what the present Kitigan Zibi chief, Dylan Whiteduck, was saying earlier this week on CBC Ottawa radio. This despite the 7 years that have passed, which have included the TRC’s report, the MMIWG inquiry’s report, and most recently the new Canadian National Day for Truth and Reconciliation.

After the 2014 decision, parallel to the current situation, it was the Algonquin of Pikwakanagan and the ‘Algonquins of Ontario’ that signed benefit agreements with the developer, and it was the nine status Algonquin communities based in Quebec that opposed it, getting an Assembly of First Nations resolution to back their opposition, a resolution that asked all levels of government to overturn the Zibi decision (but that was also ignored)

In that case, the development was on a sacred site, for where the esteemed Algonquin elder William Commanda had led a broadly-supported vision for Asinabka, a vision that was usurped by the Zibi development’s high rise condos in place of the replanted “trees… that [with the falls, would] constitute wild space in the heart of the country… send[ing] a  symbolic message of reconciliation with Mother Earth around the globe.”

In this case of Tewin, my understanding is that the land location is not considered as significant, but that the principles of land title, rights, and consultation equally apply.

My understanding is also that again, those principles are being ignored by city council and the mayor.
(What year are we in now? – rhetorical question)

Going forward, all the other ‘reconciliation’ activities that the city engages in, will carry this element of disregard and disrespect of Algonquin rights and leadership, if this is how the city’s elected representatives choose to behave on such a major decision.

There is a lot to say about the Tewin proposal, including the site’s suitability, urban sprawl, the climate crisis, infrastructure, taxpayer costs, etc…

But I think it is important that I mention:

1) As of 2018, the city now has a formal Reconciliation Action Plan, which tasks the city’s Aboriginal Working Committee to “address emerging issues“.

There was no mention of its role in the city’s deliberations on the Tewin proposal this past spring.

I think it is important that someone from the city clarifies in what ways this was or wasn’t applied on this Tewin issue.

Also important is that all councilors review the principles upon which the city’s Reconciliation Action Plan is based, in regards to the current decision and process.

2) While it is clear that the city has chosen to not consult the leadership of all but one of the status Algonquin communities, it’s less publicly known that when the Eastern Ontario land claim process came to a vote a few years ago, the majority of Pikwakanagan voters were against the draft agreement, the one under which the Tewin lands were obtained.

It was only because they were outnumbered by the non-status ‘Algonquins of Ontario’ members – who are only obtaining legal benefits of being Indigenous by participating in this land claims process to cede Algonquin land title and rights – that the draft land claim agreement was approved.

I don’t think it is appropriate for the city to ‘pass the buck’ on this issue by saying that it is good simply because the federal and provincial governments approve of this land claim process that disregards the land title and rights in Ontario of all but one of the status Algonquin communities.

Chief Gilbert W. Whiteduck, also stated in the 2014 interview his “profound disappointment” at the city’s decision to ignore the Kitigan Zibi Anishinabeg, and also how,

“The city holds all First Nations – Anishinabe in this case – and all the citizens of Ottawa due diligence and to demonstrate and show its leadership in regards to the relationship it speaks about in regards to our community in particular, and the Algonquin community of Ontario: Pikwakanagan. So not only in words; now I mean, they can’t only consider us and invite us to do an opening and then the rest doesn’t matter.”

A section (11.4) of the draft Official Plan has a proposed amendment (new subsection) to address consultation with Indigenous communities.

I think it is important to consider both:

1) What it means to include such an amendment, when in the process of deciding upon the Official Plan the city council ignores the requests for consultation from most of the Algonquin Nation communities, and break the council’s promise from earlier this year to actually consult them?

2) How the proposed wording of the new subsection currently doesn’t actually include the words “consult” or “consultation” at all – instead it is ; an educated guess is that the reason for this, is likely to avoid any future legal responsibilities of commitments to consult?

Ottawa City Council approves rezoning of sacred Algonquin site near Parliament – Development of islands seen as “offence to the spirit of the land” (2014)
Has count of the overwhelming proportion of public input the City received in opposition to the later-to-be-named-Zibi development rezoning.

Kitigan Zibi Algonquin Chief intervenes in Ottawa City rezoning proposal for Chaudiere Islands (2014)
Has the letter sent from then-chief of Kitigan Zibi, Gilbert W. Whiteduck, sent to the City asking for formal dialogue before any decision on the rezoning for the later-to-be-named-Zibi development.

Chaudière Islands rezoning, Ottawa – Article, plus audio interviews with Kitigan Zibi Chief Gilbert Whiteduck and Windmill Development Group’s Rodney Wilts (2014)
Has audio of then-chief of Kitigan Zibi on the need for education on Algonquin land title and rights (at 6:45) and on the city’s responsibility for due diligence on such matters, not only words and ceremonial inclusion (at 2:05).

Algonquins of Ontario not the biggest landowner at Tewin (2021)
Has audio and text quotes from current Kitigan Zibi chief Dylan Whiteduck.

AFN resolution no. 49/2015: Protection of Algonquin Sacred Waterfalls Area: Akikodjiwan Kichi Zibi (Chaudiere Falls, Ottawa River (2015)
Support for the position of the nine Quebec-based Algonquin communities opposing the Zibi development and demanding the protection in perpetuity of the sacred site under Algonquin stewardship.

William Commanda’s Remarks Upon Receipt of The Key to They City of Ottawa – June 21, 2016
Has a description and meaning of the vision for Asinabka at Chaudière Falls.

Reconciliation Action Plan – City of Ottawa / Aboriginal Working Committee (2018)
Has a description of the plan, including AWC role to “work together with the community to address emerging issues”.

Aboriginal Working Committee (2018)
Has list of “key principles and values to guide us on this journey” from the City’s general manager of Community and Social Services, and AWC co-chair.

Algonquins of Pikwakanagan reject AOO modern treaty (2016)
Has results from vote on the draft agreement-in-principle of the Eastern Ontario land claim, a.k.a. on whether to proceed with the process under the existing terms.

October 14 meeting Document 3 – Resolution of Ministry of Municipal Affairs and Housing Comments (2021)
Has the proposed new subsection in section 11.4 of the Official Plan to address consultation with Indigenous communities (is item #31 in the document).